INTRODUCTION: Playing in London in 1970 where the Temptations recorded their Live album (Live at London's Talk of the Town (The Temptations album), I missed the opportunity to meet them although I had my girl friend who knew the group. The reason of this misfortune was the cause of the different timing between the end of their concert and when I finished our performance in the clu

b. I was frustrated and sad to have missed not only to see them on stage, but also to be part of their party.
Well, I didn't know at that time and never imagined that I will meet 43 years later a new member of the Temptations (Larry Johnson Pic on the Left) who allowed me not only to see the Temptations on stage February 24th in FT.Lauderdale (FL), but also came to pick me up in Miami which  is2 and half hour drive from West Palm Beach where he lived. That night was to me a a dream which become reality  because this group has been to me the best R&B performer in the World. This music inspired me and today when I'm listening to it, my soul 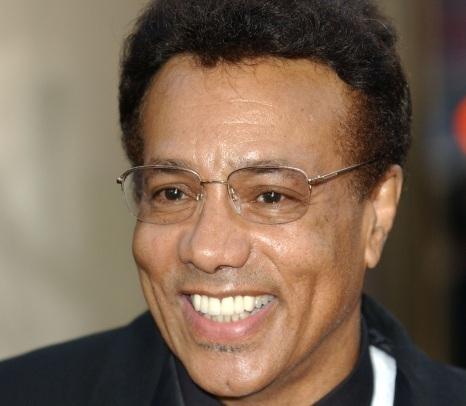 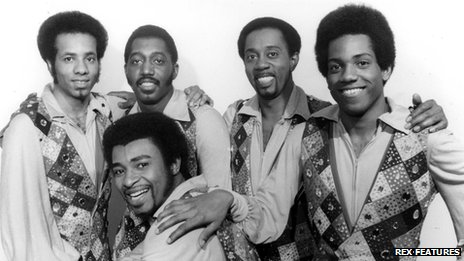 (BILLBOARD) Former Motown vocalist Richard Street, a member of the Temptations for 25 years, has died. He 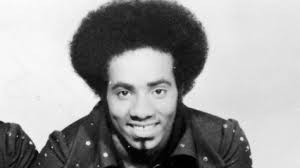 was 70. Street's wife, Cindy, says her husband died early Wednesday at a hospital in Las Vegas after a short illness. "He was really fighting for his life," the singer's widow told CNN. "He's a fighter. They're dancing up there in heaven, him and Damon," she added. "I'm in disbelief right now. "He is the second former member of the singing group to die this month after Otis "Damon" Harris passed away
February. 18 following a lengthy Prostate cancer battle. Link Below.
(Please COPY and PASTE this link Below in your Browser)
http://www.billboard.com/articles/news/1549827/former-temptations-singer-otis-damon-harris-dead-at-62

Street sang as a young man with Temptations members Otis Williams and Melvin Franklin, but didn't join the famed Motown group until the early 1970s. He later made the move from his native Detroit to Los Angeles with other Motown acts and stayed with the group until the mid-1990s. Funeral arrangements are incomplete, but Cindy Street expects services to be held sometime next week in Cypress, California. Cindy says her husband "was a really good person" who should be remembered for his work with theTemptations.

Motown vocalist Richard Street, a member of the Temptations for 25 years, has died aged 70. Street's wife 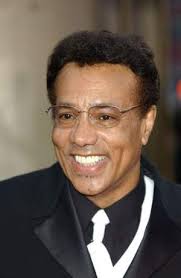 says he died on 27 February at a hospital in Las Vegas after a short illness. He sang with Temptations members Otis Williams and Melvin Franklin in the 1950s but didn't join the 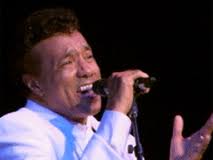 group until 1971.As part of the group, Street had number of hits including the Grammy award-winning song, Papa Was a Rollin' Stone. Born in Detroit, Michigan, he was the first member of the band to be born in the city with which they became synonymous. His death comes only 10 days after his band mate, Otis 'Damon' Harris, who died on 18 February aged 62, after a 14 year battle with prostate cancer. Cindy Street, told CNN:  "They're dancing up there in heaven, him and Damon. "He performed with the band until 1993 when he left due to alleged personal tensions with Otis Williams. Richard Street went to hospital five days before he died, suffering from back pain and breathing difficulties. Doctors found he had a clot in a lung. He is survived by his wife, two sons and two daughters.

ONE MORE TRIBNUTE TO RICHARD STREET 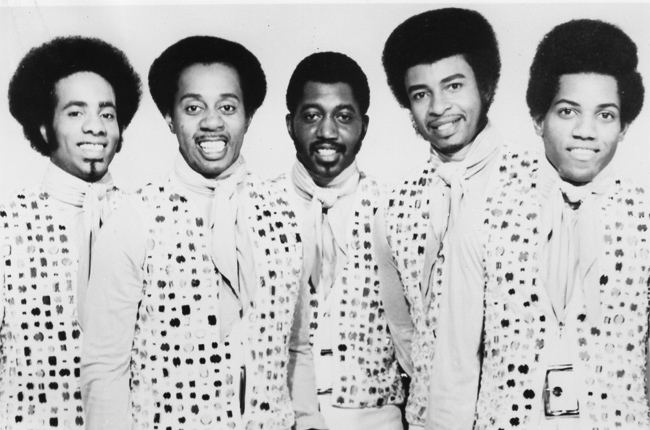 (CNN) Former Temptations member Richard Street has died, his widow told CNN Entertainment on Wednesday. The 70-year-old soul and R&B singer died early Wednesday at St. Rose Dominican Hospital in Las Vegas, Cindy Street said. Richard Street experienced back pain and breathing difficulties Friday. When he went to a hospital, doctors found he had a clot in a lung.  "He was really fighting for his life, he's a fighter." He is the second former Temptations member to die this month. Singer Damon Harris died February 18 in Baltimore. "They're dancing up there in heaven, him and Damon," Cindy Street said. "I'm in disbelief right now. "He was part of black history. He was always proud of that. He sang on a lot of those classic songs:  'Papa Was a Rollin' Stone,' 'Hey Girl,' 'Heavenly,' 'Superstar,' 'Masterpiece. "Last fall, Street performed 45 concert dates in Europe, Cindy Street said. Street is survived by his wife of seven years and four children: Richard "Ricky" Jr., Nicole, Brandy and Brandon". Funeral services are tentatively scheduled for next week in Cypress, California. 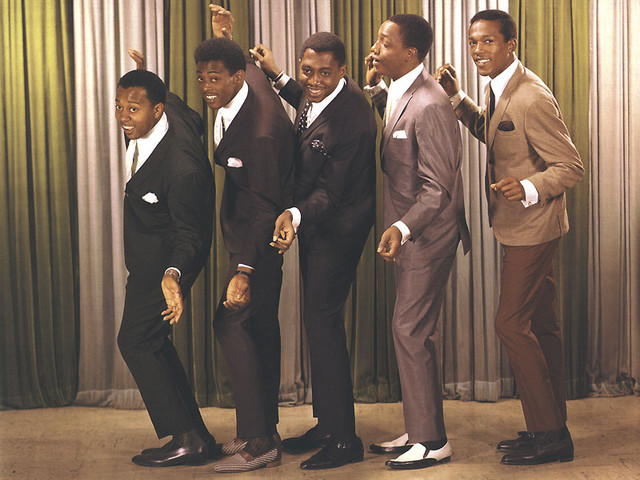 TRIBUTE TO JULIUS E.GREEN
FRIEND OF THE TEMPTATIONS 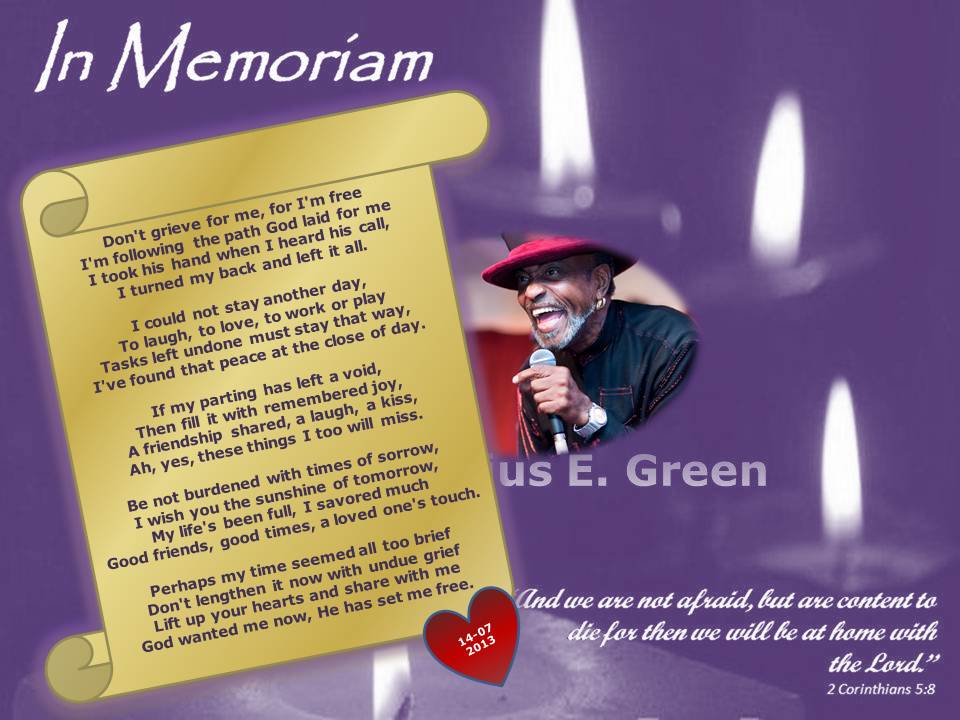 Unfortunately, I never had the opportunity to meet Julius personally nor to get to know him before he left this earth, but I'm very fortunate to have had the contact with his Lady thanks to my friend Bobby Cochran (Former Steppenwolf Guitar Player). 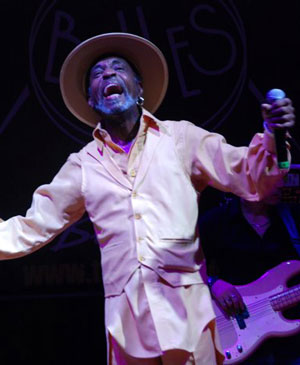 learned that Julius was a very good friend of the Temptations and not only for this reason I wanted to honour this big Star by adding him in this memorial, but also to let the World know that the music has lost this year 2013 many of these Blues, R&B and soul music composers, musicians and singers who are irreplaceable.

I'm really sad in one way, but very happy in another to have had the chance in my life since I was a kid to today to have been part of this time, which I can say were the Golden Years of creations, when people went to concerts to listen and appreciated stars like Julius, but not to become like today fast consumers, who after seeing a concert said "I loved it" but forget about it as soon as the next new stars are promoted by the music business like new products are in  supermarkets.

These are the reasons why I made those 5 Memorials to Friends and Stars, whom I hope will never be forgotten until will come the day, which will I hope bring us closer to them.

Here are a few links to celebrate Julius.  Plenty more on Google and YouTube…
(Simply copy and paste to your browser if you cannot access these links directly)

Radio Carini over Julius & The Blue in Blues (Italian)lian)